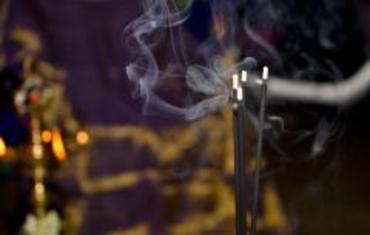 Shravan is the fifth month of the Hindu calendar and is considered an auspicious period devoted to the worship of Lord Shiva. Many people observe fast during Shravan and pray to the Shiva Lingam every day. Marked by the commencement of a plethora of Hindu religious festivals, this holy month is also considered extremely prosperous for the beginning or Shubh Aarambh of a new task. Worship to the divine is incomplete without the aroma of agarbatti, so let’s understand all there is to Shravan and how you can make this period more prosperous with the fragrance of agarbatti.

Why is Shravan Considered to be a Holy and Auspicious Month?

The name Shravan is derived from the full moon day in the Shravan Maas (month), called Shravan Purnima which coincides with the Nakshatra or birth star of Lord Vishnu, Shravan Nakshatra. According to the age-old legends, the holy Shravan Maas was the month during which both Gods and Demons decided to churn the ocean to determine who amongst them was the strongest. It is believed that 14 different kinds of pious things such as gems and jewels came out of the ocean, however, it was accompanied by an innumerable amount of poison (Halahal). As the poison could destroy entire mankind, Lord Shiva came to the rescue and stored this poison in his throat. This is why Lord Shiva is also worshipped as Neelkanth. All these events took place in the Shravan month which makes it the most auspicious period in the Hindu calendar.

How Agarbatti Fragrances can Enhance your Spirituality During Shravan?

Shravan Mangalvar (Tuesdays), Shravan Shukrawar (Fridays), and Shravana Shaniwar (Saturdays) are considered to be the most auspicious days of the week. All Mondays in Shravan month are further devoted to the worship of Lord Shiva by chanting of the Maha Mrutyunjay Mantra. A Dharanatra filled with Holy water and milk is hung over the Shiva Lingam, to continuously bathe the lingam throughout day and night during Shravan. The fragrance of agarbatti can do wonders to your Shravan rituals and puja ceremonies. It acts as a conduit for emitting tremendous healing energies while invoking or calling upon the supreme blessings of Lord Shiva. Burning agarbatti also helps in eliminating negative energies and calms your senses by radiating positive vibes. A positive mindset further allows a person to draw plenty of prosperous avenues towards oneself.

Agarbatti Fragrances that Accentuate the Divinity of Shravan

Chandan (Sandalwood) paste is one of the most significant offerings to Lord Shiva which makes this agarbatti the most loved fragrance during Shravan. The woody, sacred, one-of-kind fragrance of Chandan agarbatti creates a pure and rejuvenating ambience perfectly suitable to invoke Bholenath’s blessings. You could also try variations like Sandalwood-Rose, Sandalwood- Amber, Oodh Sandalwood that can make your religious rituals more fruitful and divine.

These small flowers with several petals are believed to be very dear to Lord Shiva and Goddess Parvati due to their pristine white color and rich fragrance. It is also believed to fulfil wishes when offered to Lord Shiva. The warm and fresh aroma of Mogra agarbatti is like no other floral fragrance and pours tranquility over the mind during holy rituals.

The spiritually healing fragrance of Lotus agarbatti has a crucial place in the worship of Lord Shiva and Lord Vishnu. It is said that Lord Vishnu had once pledged to offer 1000 Lotuses to Lord Shiva in reverence of his divinity. Lotus agarbatti fragrance elevates mood, brings harmony and promotes emotional healing which makes it a great aroma for deep spiritual meditation.

It is believed that when one worships Lord Shiva with flowers like Gulab (Roses), it is equal to the Yagna performed of ten horses. The fragrance of Gulab agarbatti invokes compassion, peace and happiness which makes it perfect for devotional rituals. You could also go for variations such as Amber Rose, Rose Musk and Red Rose agarbattis.

An aromatic experience created with these agarbattis purifies your mind and surroundings during the Shravan month. It lets you reflect within during the Puja ceremonies and brings out your most spiritual side, making this month more auspicious!