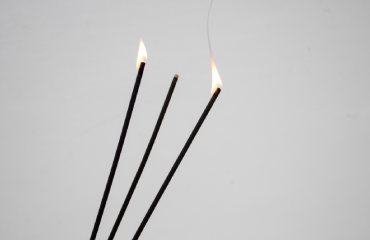 Ganesh Chaturthi is a festival of hope, cheer, and prosperity. It marks the birth of Lord Ganesha, the son of Lord Shiva and Goddess Parvati. The celebrations last for about 10 days where families gather together to celebrate the festival performing poojas and chanting hymns.  This year, Ganesh Chaturthi falls on the 31st of August. Agarbattis are a crucial part of all Hindu religious ceremonies and rituals. They invoke the spirit of devotion and creates an ambience of bliss.

Why Light Agarbattis During the Ganesh Chaturthi Festivities?

Agarbatti is a delightful aura cleanser. Lighting the right agarbatti during Ganesh Chaturthi rituals and ceremonies calms the mind and augments spirituality. It diffuses an enchanting aroma that drives away negative vibes. An Agarbatti fills the air with optimism, happiness, and peace.

Mogra is the ultimate mood enhancer. It purifies your Puja space and makes it pristine with its charming fragrance. It is a fantastic stressbuster that sets you in the right mood for fun and celebration. The Precious Mogra agarbattis have a sweet and charismatic aroma. It burns steadily and has a soothing impact on your mind. Uplift the mood of your Chaturthi festivities and create a tranquil space of devotion with Mogra agarbattis.

Mantra Masala agarbattis exude a warm and earthy aroma that has a grounding effect on the mind. Its traditional aura makes it perfect for worshipping Lord Ganesh. These incense sticks are hand-rolled from an age-old secret recipe. It creates a captivating ambience for the religious ceremonies, evoking peace, joy, and prosperity.

Vedic rituals and festivities are incomplete without the fragrance of Chandan agarbatti. This soulful incense cleanses the air with its splendid energy. Lighting a Precious Chandan agarbatti during Chaturthi rituals sends ripples of positivity around you. It dissipates serenity and sanctifies you inside out.

Precious Musk agarbattis have a strong and unique fragrance. It boosts confidence, alleviates the senses, and brings out your best. You can use this versatile agarbatti during puja rituals or after-party Chaturthi celebrations. Light this incense stick for a steady aura of tranquillity.

The advent of Ganesh Chaturthi is an exciting time of the year. It disperses opulence, ecstasy, and harmony all around you. This year, fill your Ganesh festivities with grandeur and poise with these must-have incense fragrances!