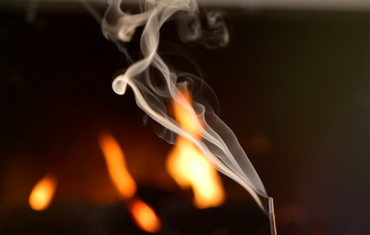 India is a land of enchanting festivals and soulful rituals. As we approach a host of vibrant festivals in the second half of every year, it marks the beginning of a highly cherished time in the country. We are almost at the cusp of welcoming Lord Ganesh, followed by the veneration of Goddess Durga in October during Navratri that will end with the joy of Dussehra and the delight of Diwali in November. Every festival is incomplete without the tranquil fragrance of agarbatti and with an array of enthralling festivals coming our way, it’s time to explore the most blissful agarbatti fragrances that can’t be missed this festive season.

The Fascinating Festive Season of India

This year the exhilarating 10 days festivities of Ganesh Chaturthi will begin on 10th September which signifies the arrival of Lord Ganesh from Kailash Parvat with his mother, Goddess Parvati. Every home in India celebrates his arrival with much pomp and glory. After indulging in the glorious feast of Indian delicacies and religious rituals, the following month will see the start of the Navratri fast and celebration beginning from October 7th and ending with Durgashtami / Vijaya Dashami (Dussehra) on October 15th, paving the way for Diwali commencing from November 4th. The exotic abundance of India’s Festival season not only signifies the joy it brings but also imparts the wisdom of good over evil. Every religious ceremony is uniquely celebrated throughout the country but the one element that remains constant throughout is the purely enchanting fragrance of agarbatti in every ritual!

Is Burning Agarbatti Beneficial During the Festive Season?

It is a well-known fact that different fragrances have the power to invoke different energies in us. Some bring back sweet memories and others resonate with your inner peace and brighten up your mood. Either way, the aroma of agarbatti during religious ceremonies will empower you to get the best out of your devotion to the almighty. It can give you a fresh perspective and amplify your cheerfulness during the festivities. Further, it manifests an ambience of purity and happiness that doubles the joy of your celebrations.

Also known as the ‘Temple flower’, Champa is revered as the flower of eternal worship across cultures and invokes pure spirituality. Mount Kailash in the Puranas is believed to be decorated with many fragrant trees and the Champaka tree was one amongst them. The soul-soothing, rich, fruity, and intensely floral fragrance of Champa agarbatti make it one of the most alluring agarbattis for the festive season.

Chandan is a vastly valuable timber in India so much so that it is believed to be the home of the Goddess of Wealth, Lakshmi. Its ash and paste are one of the most pivotal elements of every religious ritual which is why Chandan agarbatti is another crucial fragrance for the festive season. Its purely calming and cleansing aroma wards off negative vibes and radiates serenity during the festive celebration.

The most traditional and classic fragrance you can use this festive season is that of Masala Incense sticks. An integral element of the Indian Ayurveda, the oldest source of their benefits is the Atharva-Veda and Rigveda. These incense sticks are crafted using a centuries-old tradition and are made from dry ingredients which makes their ethereal fragrance even more long-lasting. Made by blending several solid, highly aromatic ingredients, burning Masala Incense sticks releases a warm and earthy fragrance in the ambience, setting the perfect mood for a fruitful religious and festive celebration.

The Indian festive season is like no other and is revered across the globe. The exhilarating fragrance of these agarbattis is a must-have this festive season to enhance the enthusiasm and pure joy that the merriments bring along!