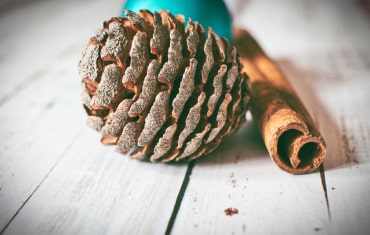 Burning incense sticks has always been considered a popular way of relaxing. Sometimes, they are used for their health benefits and its positive effects on one’s state of mind and the premises. However, when it comes to Christmas, incense sticks become an integral part of the festivities.

A great Christmas aroma instantly gives your home that festive feeling and completes the celebrations. In this blog, we have compiled a list of best Christmas fragrances that will make your home smell like Christmas during the amazing holiday season.

Without a doubt, Cinnamon is the most loved Christmas scent. There is hardly anything that smells more Christmas than Cinnamon. The woody and spicy scent fill the whole room, with a cozy, warm, and a festive fragrance. The other benefits of Cinnamon incense sticks include their ability to enhance your concentration prowess and act as a preventive measure against infections. They also help you relieve muscle stress and while stretching out your limbs during yoga. These health benefits make Cinnamon incense sticks a perfect companion for your holiday season.

Let’s move onto Apple fragrances. The juicy red apple, sprinkled with freshly ground cinnamon sticks is a perfect recipe for a Christmas aroma. The sweet and spicy combination of Apple and Cinnamon gives birth to a heartwarming scent that is as delicious as an Apple. If you are on the hunt for a perfect blend of Apple and Cinnamon fragrance, then our Apple Cinnamon incense sticks are just for you!

The Vanilla-Cinnamon combination offers a scent that is distinctly different from other cinnamon fragrances. The mesmerizing blend of a spicy, woody aroma of Cinnamon with the sweet and creamy accords of vanilla make them a popular Christmas fragrance. The scent evokes the excitement of the festive and holiday season.

Sandalwood has always been known for its woody and fresh aroma. When developing a new fragrance, Sandalwood acts as a fixative and complements the other components. It blends beautifully with the woody and spicy scent of Cinnamon. The combined aroma of Sandalwood and Cinnamon, when used during holidays, transports you to a magical journey into far away, exotic lands.

Christmas is incomplete without a Christmas tree and the fragrance of pine. The woody and fresh scent of pine go along with Christmas perfectly. Grown extensively in the Northern Hemisphere, the pinewood is mostly used for flooring, log fires, and carpentry but in the scented world, the slightest amount of pine offers excellent results. The Christmas tree is the most popular member of the pine family, add to that; pine incense sticks complement the festive season perfectly.

One of the three gifts given to the infant Jesus was Frankincense , which confirms that it holds a deep linkage with the Christmas festival. Just as the festival demands, it has a very woody, sweet, and smokey scent. Apart from being a festive scent, it is widely popular for its health benefits. They are used during aromatherapy as it helps reduce anxiety and aids the immune and respiratory system.

As mentioned above, Frankincense has a warm, woody, and smokey aroma, whereas, Myrrh has more of an earthy aroma with a hint of licorice notes. Their combined fragrance has a mention in biblical history, and its usage has traditional importance due to its healing abilities. Combine this blended fragrance with sesame wooden coffin incense burner, and it makes for an ideal gift for the festive season.

So, there you have it, you are now ready to make an informed decision about which scent you want to buy this Christmas! If you still can’t decide which fragrance to go for, head here.